When Will Bitcoin Crash? The Real Story

No Need To Fear The Bitcoin Crash It Has Already Happened

I get asked quite a bit about Bitcoin from my friends and family, mostly they ask, when will bitcoin crash?. The funny thing is, I think it already has, and I will explain why in this article. As the price has been fluctuating so much these last few months the fear by most is that it will crash and fail miserably. I disagree, follow with me and learn why.

We are so used to the norm today as far as how financial transactions are conducted, they are so regulated and controlled and rightly so since the system as it exists today would be scary if there was no regulation. A similar argument can be had for Bitcoins lack of regulation, you may think that since it is decentralized and UN regulated that it will eventually fail as a result, I understand that thinking and you have a valid concern.

I will explain why I think Bitcoin has already crashed and how the future may be brighter than you think for the King of cryptocurrency. 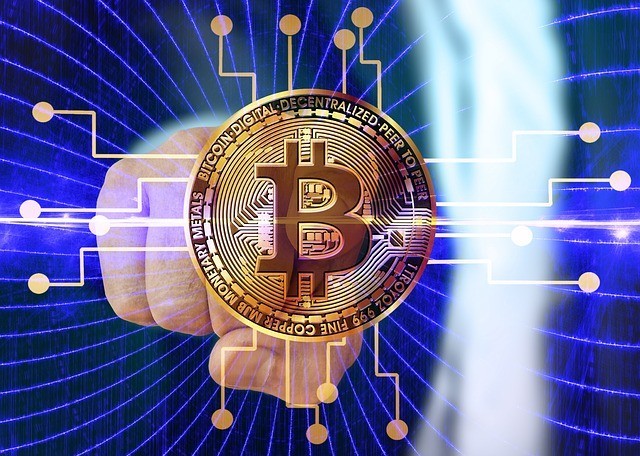 The fear comes from a few sources

Just about every day I read an article about how Crypto is dead and we should all pull our money out now. Well, that’s your call, but I am sticking with it.

Let’s check out why

A Bit of History

Bitcoin price is very easily influenced by trading, and as a result of the massive interest, it generated on it’s run to the top, more and more people got involved. No one wants to get left behind when something big happens, so you jump on board with everyone else hoping to catch lightning in a bottle.

Also, the fact that the technology is new and has the potential to change the financial world as we know it is a big draw right? or are you just into it because the governments are not regulating it? “Yet”

The strengths are the technology behind it, the Blockchain, and I will not explain the tech in detail, I leave that for you to read about here. What is Blockchain technology? It is just too confusing to try and explain it without you running for the hills. But trust me, it is pretty cool stuff. 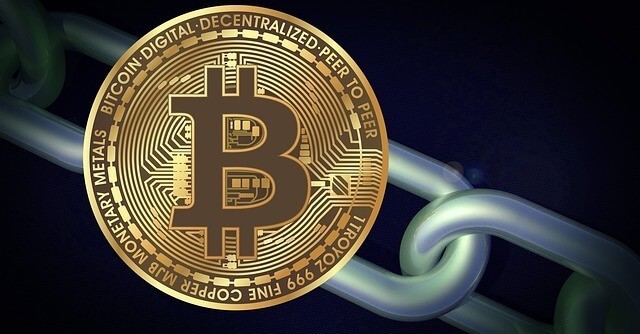 I can tell you this, it is extremely secure. The stories you hear about how someone stole Bitcoin or how a hacker walked away with x amount, are primarily via the exchanges. The Exchanges that allow trading of crypto are not always as secure as the blockchain itself is. No one has hacked the Bitcoin Blockchain itself. The thefts come from either people on the inside of an exchange or they do not protect the assets as well as they should.

This is why when you acquire coins of your own, you need to transfer them to a secure wallet not connected to an exchange. Also, individuals that carry large amounts of Cryptocurrency on their smartphones can easily lose it, to malicious intruders.

Coinbase is one of the better ones for security, they store 98% of the coins offline so they are not nearly as vulnerable as some exchanges that do not do that. I Have a Coinbase Review if you would like to check it out. It covers what Coinbase offers and how they do it. Coinbase also has FDIC insurance just like banks here in the U.S. so you are covered for up to $250,000 Just the same as any bank that has FDIC coverage does.

One of the other factors that have contributed to the decline in value is all the “forks” that have happened to the blockchain, each one creating a new coin like Bitcoin Cash, or Bitcoin Diamond. There will be more forks, but we will also see a new technology added to the existing blockchain. I will cover that in a minute.

Nearly every time there is a news story about some regulation proposal put forth or when a government agency like the S.E.C. comes up with new laws or rules about Crypto, Everyone panics and sells. Hence, the big price drops.

Just today there is an article on CNBC about how the SEC is requiring exchanges to register with them.

Oh the horror, the entire market is doomed, right? hardly. Take a breath and go with the flow. It is a good thing they are cracking down on some exchanges, some are scams. So weeding out the herd a bit is a good thing.

Another big factor in why Bitcoin has dropped in price is the delayed transaction speeds and the bottleneck that it causes in the blockchain along with the rise to prominence of other Alt coins that have arrived on the scene as well. The awareness of crypto has become center stage recently.

Since the coin is greatly influenced by traders, once a sell-off happens then people start to panic and it gets worse, it is just how things’ go with trading. The experts look at that as buying time and then wait until it climbs again and dump it. That’s how it works with trading crypto.

I have several articles written about Cryptocurrency, feel free to use the drop-down on the sidebar at the right under “categories” and look for the crypto tab. That will bring up more information in case you are wanting a bit more

There are some very nice upgrades planned for the Bitcoin blockchain coming up. Lightning Network can change the landscape for Bitcoin and other coins like Litecoin. It allows for instant transactions among many other great perks

having the issue of delayed transactions removed will dramatically help the value of Bitcoin, Lightning Network will also provide a much more realistic chance to bring Bitcoin into mainstream commerce. It will also allow for lower fees on transactions which have hindered the value recently.

As more interest grows and the knowledge people acquire of Bitcoin and other coins, the more comfortable it will become. One of the main reasons people think Crypto is a scam is because of the past “dark net” connections and that the un-traceability of Bitcoin leads to illegal activity. While that is true, it is also true that the technology is sound and will continue to improve. Just like anything new, the first version is not always the best version.

What I see happening in the future is a transformation of Bitcoin into a more stable option as new tech kicks in and we will see a push for much more ease of use for cryptocurrency as a whole.

So as we progress down this new pathway with blockchain technology, fear not. All will be fine. Yes, there will be jumps and dips in the value of Bitcoin and many others like it, but what we are looking at now is much like when the Internet was created.

People were afraid that their information could be captured by anyone, which is true, but the Internet has grown and improved to be part of everyday life for today’s society. Blockchain technology and Cryptocurrency will be the same, eventually becoming the way we make financial transactions.

The price continues to go up and down for Bitcoin, but it has settled into a range of the $9,000-$11,000 range per coin, it keeps fluctuating up and down within that range. I believe the “crash” has already happened and as new tech kicks in and more mainstream acceptance, we will see either a rise in value or a more stable price going forward.

The main factor behind the blockchain is that it requires miners to verify transactions, this is an automated process that becomes more difficult with every block that is found when transactions are secured. Along with the limited number of coins to be created. Bitcoin is nothing more than a supply and demand example.

Getting on board now with cryptocurrency is a smart investment, Just do not panic every time the prices drops as this is just the way it works for now with all things’ crypto. Only invest what you can afford to lose and you will be fine and at the same time, you will be on the forefront of a new technology that will change the world.

What will the price grow to? who knows, maybe it will drop still, but who cares, it is all a fun ride and we need to look at it that way and enjoy the process of change for our financial systems.

This article is based on my experience as a Bitcoin miner as well as a cryptocurrency trader, the views in this article are simply my opinion as to what will happen. There are some easy to see signs that all will be fine if you look for them.

What are your favorite crypto coins? Iota, Monero, Litecoin, Cardano? any other. Let me know what you feel is happening with the market and see what we can share with my readers. We can all learn from each other as this process happens. Please comment below and Let’s start a conversation that everyone can benefit from

This website uses cookies to improve your experience while you navigate through the website. Out of these, the cookies that are categorized as necessary are stored on your browser as they are essential for the working of basic functionalities of the website. We also use third-party cookies that help us analyze and understand how you use this website. These cookies will be stored in your browser only with your consent. You also have the option to opt-out of these cookies. But opting out of some of these cookies may affect your browsing experience.
Necessary Always Enabled
Necessary cookies are absolutely essential for the website to function properly. This category only includes cookies that ensures basic functionalities and security features of the website. These cookies do not store any personal information.
Non-necessary
Any cookies that may not be particularly necessary for the website to function and is used specifically to collect user personal data via analytics, ads, other embedded contents are termed as non-necessary cookies. It is mandatory to procure user consent prior to running these cookies on your website.
SAVE & ACCEPT