Why Bitcoin Price Will Continue To Rise-The Revolution is Here

Why Bitcoin Price Will Continue To Rise

The Digital Currency Revolution Has Arrived

If you have not heard about Bitcoin you have now. This Digital coin is setting new standards for online trading and potential for huge windfalls of profit. It will continue, in this post I will explain why Bitcoin price will continue to rise and become the standard for all things digital currency.

As of the date of this post the current value of Bitcoin or also referred to a BTC is $9816 A coin. That’s crazy, considering it was under $300 a coin about 15 months ago. There are many factors that play into the value and contribute to the overwhelming success.

For most people Bitcoin is a fad or as I have heard so much lately, a bubble that will burst soon. Sure a few experts say the same thing, but most people in the know that understand how Bitcoin works know that this is not a fad nor a bubble but a new normal that we all need to be aware of. Digital coins are here to stay, Bitcoin is just the first and the most famous but there are literally thousands of them all with varying values associated with them.

Bitcoin uses Blockchain technology which Wikipedia explains very well here, But in a nutshell it is a public ledger of all transactions of Bitcoin and it records those transactions into “blocks” which are then secured by others who verify the transactions (Miners) using a hardware device that crunches numbers at alarming speeds until it finds a match to the number associated with the Block, it is called “finding a block” and each time it happens it gets more difficult to find the next. So what happens is, folks who mine for Bitcoin have those hardware devices and each block they find rewards them with a small portion of Bitcoin, depending on the Hashrate of the miners combined power determines how much they get each time a block is found.

Since finding a block gets harder each time, it soon becomes necessary to upgrade your miner to one that can keep up with the rising difficulty levels. In reality, you can mine for months and still be fine, but it gets harder and harder to do.

Without the miners, the blockchain would collapse and Bitcoin would not exist, at least not in the form we recognize today. So to keep this all going miners serve a critical role in the success of the blockchain and Bitcoin itself. However, in order to be profitable for miners, the value of the coin has to be relative to the power consumption used for mining equipment. They run hot and very fast, and most consume power about equivalent to a small air conditioning unit running constantly, as miners are running 24/7. To get an idea of what a Bitcoin miner looks like, here is a photo of one of mine below that I used until I replaced it with an upgraded version. 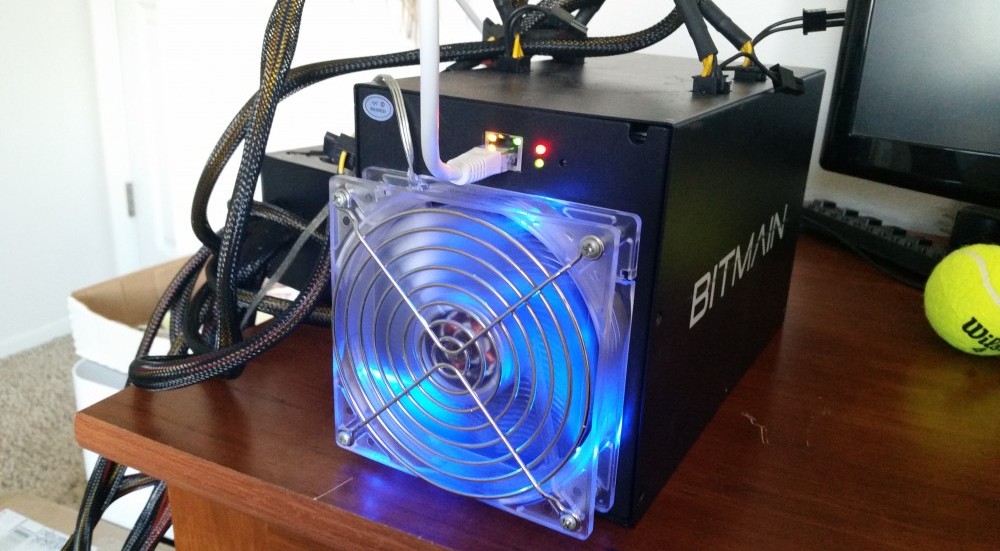 To get a better understanding of how mining works, try to visualize it much like the gold rush days in the mid-1800’s where folks of all sorts would use a gold pan and sift water and small rocks and sand through it hoping to find small pieces of gold. Bitcoin mining is essentially the same thing only a digital version, as each block yields 12.5 Bitcoins divided by all the miners that are combining their hashrate together to find that block.

They call these mining pools, which is a collection of miners all working together at the same time. Confused yet? No worries it is not easy to understand it. But know this. Bitcoin is real and here to stay. Currently one could purchase Bitcoin mining equipment for a few hundred up to a few thousand dollars and run it continuously hoping to recoup the initial investment by collecting enough coin to make it worth it. More on this in a bit

So when the Bitcoin blockchain was created it was coded in that the coin would have a limited life cycle meaning that only so many Bitcoins would be generated by the blockchain, the debate rages as to when it actually will happen or if the programmers will avoid the ending by changing the code but as of today Bitcoin is scheduled to run its course and end by having a finite supply of coins created.

Roughly 21 Million is the projected amount and we are right around the 15 Million already mined. However, with the difficulty rising and a fact I forgot to mention that every 4 years or so the amount of Coins rewarded by a finding a block gets cut in half. It was at 50, then 25 and just recently this last summer it halved to 12.5, so with the for mentioned difficulty going up every block and less distributed per block, you can see where this is going.

It will take quite a while to mine those last coins, some say it will be around 2140 before it actually happens but it is not a set date but it is out there until something changes. This is not like paper money where you can just print more of it when you run out which drives down the value

The Value Is In The Demand

So with all of what I have mentioned in regard to how Bitcoin works, lets review why the Bitcoin value will continue to rise. We have discussed that the rewards cut in half every 4 years or so and that it gets increasingly difficult to mine the coin and with that in mind, the value has to go up in order to make it worthwhile for bob the miner to operate out of his garage like I did.

Decreasing the amount of people able to afford the cost of mining as time goes on, then it will be harder and hard to do. So what it all comes down to is basic supply and demand principles. Having a limited rare supply of Bitcoin and ever-increasing demand for it as it becomes more mainstream, then you have built in value that can do nothing but go up otherwise the miners will walk and the entire thing comes to an end.

Then there are the traders who buy and sell Bitcoin online just like the stock market, this affects the price as well, but over all the coin will keep trending up wards due to the factors mentioned above.

So I see BTC (Bitcoin) Continuing to rise in value with no end in site, until either regulation or some other external factor brings down the value. We are just at the beginning of this run not the end.

Get Your Bitcoin or other Digital Coins at Coinbase Right Here If you use this link to sign up to Coinbase ( it’s free), Once you spend at least $100 on Coins You and I both get an additional $10 worth. Not life changing but it helps and is nice perk for both parties.

This website uses cookies to improve your experience while you navigate through the website. Out of these, the cookies that are categorized as necessary are stored on your browser as they are essential for the working of basic functionalities of the website. We also use third-party cookies that help us analyze and understand how you use this website. These cookies will be stored in your browser only with your consent. You also have the option to opt-out of these cookies. But opting out of some of these cookies may affect your browsing experience.
Necessary Always Enabled
Necessary cookies are absolutely essential for the website to function properly. This category only includes cookies that ensures basic functionalities and security features of the website. These cookies do not store any personal information.
Non-necessary
Any cookies that may not be particularly necessary for the website to function and is used specifically to collect user personal data via analytics, ads, other embedded contents are termed as non-necessary cookies. It is mandatory to procure user consent prior to running these cookies on your website.
SAVE & ACCEPT